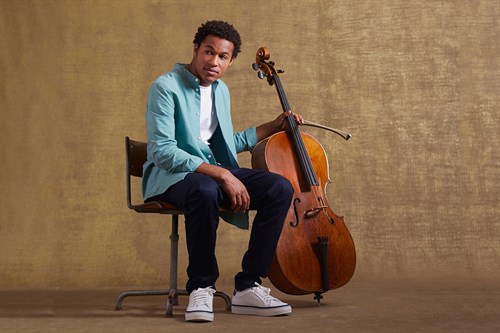 The world famous Hallé orchestra will perform on the Isle of Man in June, alongside one of the brightest young stars in classical music, as part of a weekend of entertainment hosted by the Isle of Man Arts Council.

Having played two sell-out Island concerts in 2017, the Manchester-based orchestra will play a programme including Wagner, Beethoven and Weber, when they return to the Villa Marina in Douglas on 20 June.

Led by Music Director Sir Mark Elder CBE, the orchestra will be joined on stage by special guest Sheku Kanneh-Mason, who shot to fame after performing at the wedding of the Duke and Duchess of Sussex at Windsor Castle.

The former BBC Young Musician of the Year will perform Elgar’s monumental Cello Concerto, a piece that has seen him reach number one in the classical charts.

The concert forms part of a weekend of entertainment and education by the Isle of Man Arts Council, which includes their popular annual lecture. The guest for 2020 is the renowned Elgar expert Arthur Reynolds, who will speak about the composer’s life and provide an introduction to Saturday’s concert. On the Sunday afternoon the Royal Hall will be open to the Hallé Come and Play scheme, allowing school children of all ages to take part in a concert with the famous orchestra.

‘We are delighted to welcome the Hallé to the Isle of Man once again.

‘This is a unique opportunity to hear some of the world’s greatest classical music played by the genre’s newest superstar and one of the finest orchestras in the world.

‘We are also looking forward to inviting our own young musicians to the ‘Come and Play’ afternoon, which we hope will give them lifelong memories and inspire a generation.’